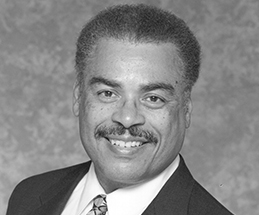 For several seasons, Mr. Allen has planned and executed international and domestic conferences for a national beverage spirits organization and for a New Jersey nonprofit organization, the New Jersey Black Issues Convention. While the director of public relations/event marketing for the House of Seagram, Mr. Allen was the originator of “event marketing” as it is presently known. His execution of the U.S. launch of Martell cognac through “The Art of Harmony” nationwide tour featuring Al Jarreau, the O’Jays/Stephanie Mills was a novel idea in marketing that was quickly copied by other major corporations. Mr. Allen also created nationwide events, tours, promotions and trade marketing that featured the company’s brands such as the Seagram’s Gin “A Taste of the Blues” tour that featured B.B. King. He executed the Crown Royal Comedy showcase series, the forerunner of current comedy shows; Absolut Jazz, and the widely heralded Absolut Art Heritage Series. As Corporate Director of Community Affairs for Joseph E. Seagram & Sons, he furthered Seagram’s efforts in new business development, purchasing, trade marketing, legislative relations, minority vendors, event marketing and communications.

Mr. Allen has been recognized extensively for his pioneering efforts in marketing and market research. He was named Marketer of the Year by the National Alliance of Market Developers and was honored by the Public Relations Advertising Marketing Excellence (PRAME) Board. Other national honors include the prestigious Lovejoy Award from the ELKS, nine CEBA Awards, the Governor’s Award from Indiana, the President’s Social Responsibility Award from Kent State University, the Corporate Award from the National Newspaper Publishers Association, and an Exemplary Community Service Commendation from the President of the United States. He served two terms as Chairman of the Board of the National Alliance of Market Developers (NAMD), as its Executive Director, and has produced and published the Urban Consumer Market Report each year on NAMD’s behalf. .

Mr. Allen belongs to Sigma Pi Phi Fraternity, earned his B.S. in Microbiology from Kent State University, and his Master of Science degree in Industrial Relations from Rutgers University.

Here you can see the pre-made skins for Vertikal. Vertikal is a true high quality and clean multi-purpose theme which will fit for any business and websites.

Please take a look at these demos. We believe Vertikal will suit for you and you will love it as much as we do...